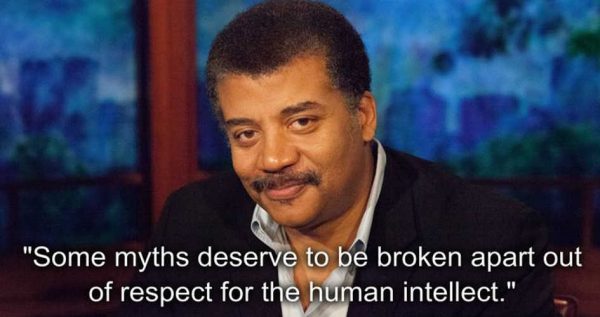 Why I Believe in Science

“Everyone’s got to believe in something. I believe I’ll have another beer.” -W.C. Fields.

But seriously, it’s damn near impossible to exist in a world such as ours without believing in something. I wish to explain why I believe in science. You can’t not have a position to say on at least something. Whether it’s politics, religion, football, or your favorite season of the year, each and every one of us has been imprinted and impressioned by the many experiences which make up our lives. Those experiences give us a sense of duty and loyalty to what we understand and are comfortable with, and often we dislike that which we don’t.

“The mind attacks a foreign idea like white blood cells attack a virus.”

We are loyal and emotionally attached to any idea that we identify ourselves with. It could be your family name, your religion, your country, or even just your favorite sports team. If I attack it, you feel the urge to defend it. The deeper the loyalty, such as to your family, country, or religion; the stronger your urge is to defend it. That loyalty we have for that which we love and identify with is the very source of our ignorance of sound logic that may contradict what we have come to love over many years. The mind attacks a foreign idea like white blood cells attack a virus. To be brutally frank, if you really want the truth, you have to accept the idea that anything you think you are sure of could be incorrect, wrong, or false. Anything. You have to be willing to challenge everything and even question things that you were taught as a child are sacred. You must be willing to take the Red Pill.

“You take the blue pill, the story ends. You wake up in your bed and believe whatever you want to believe. You take the red pill, you stay in wonderland, and I show you how deep the rabbit hole goes.” -Morpheus to Neo, The Matrix

We as human beings are built with a healthy sense of self-importance, of self-love. Each of us subconsciously thinks we are special, unique, and better than the rest of the pack. It’s the very reason why for a century, movies have always had a singular, strong, handsome, clever, and almost always male protagonist that survives in unsurvivable circumstances and which rises above the rest to lead the way to glory. These movies feed the male ego as it allows boy and man alike to relate and imagine ourselves as the alpha male we seek to be in quiet desperation.

Females are not immune to such self-serving temptations either. As every man dreams to be alpha of the pack, women desire the same. Good luck finding a woman that doesn’t dream of her wedding day. A day that provides her an opportunity to ‘rightfully’ and blissfully proclaim her indisputable significance in the tribe. We all have been witness to the “bridezilla.” The ugly physical manifestation in female form when she allows herself to be seduced and overtaken by such human notions of self-importance.

This notion of self-importance and ego infects the human pysche on even the deepest levels. The desire to be famous, the desire to attain high political office, and my personal favorite; the thought that there is a God(s) that has a vested interest in each and every one of our poor souls. Only human beings could have the capacity to hold themselves in such high regard that there is a higher intelligence whose sole purpose is to observe our pitiful and microscopically insignificant lives to determine if we deserve entrance to the pearly white kingdom in the heavens. I pity those that waste even a moment of their lives devoted to such a futile idea. The problem with the “is there a God” debate is we want to believe there is a God. We want to believe that there is life after death. It’s comforting to think that there is more to us then this incredibly short life. I want there to be more to existence than just this short life we call being human. We all do.

Even if you are a devout believer in your faith, I challenge you to imagine for a moment what it would be like if there was no God. If you wholly and truly imagined such a reality, you would feel what I did, a tidal wave of sheer terror and soul-crushing despair. A feeling not unlike being at the precipice of the first peak of a roller coaster without a lap bar to hold you in your seat. You are only going down and there is nothing you can do to stop it. How can one be impartial in the “is there a God debate” when one is so emotionally invested in its verdict? The only way is to practice good science. Good science requires that scientists remove all hope and desire for a particular outcome from their minds and to practice science solely with the intent of discovering the truth. A pure truth which has not been tainted by the desires of man.

If you couldn’t tell already, I believe there is no God or higher intelligence in any form. I made a choice to detach my emotional self-interests in my search for truth and I challenge you to do the same. When I first fully wrapped my mind around the idea, when it really hit me that there is no God; I cried, I panicked, and then it set in. This is it. This is all we have and I can not waste it. Each and every moment is fleeting and we shall never have it back. Moments later, I was inspired to make a decision that would alter the trajectory of my life. I am going to live as long as I can, as well as I can. I will take care of my body by exercising, and eating well. I will nourish my mind with the words and thoughts of great minds from the last 2 millenia, and keep out the trash which populates the majority of mainstream media. I will do and experience everything that I can in life and do my best to not waste a minute staring at a computer monitor or a TV screen being brainwashed by irrelevant “entertainment.” If you are bored with life, then you are boring. You don’t have a right to be bored. If you are reading this, you are likely American. The land of opportunity. Read a book, take up a hobby, learn a language, practice an instrument, visit a new state, a new country, a new continent. Anything you could wish to know about anything is available on the internet. There is no time to waste! So get out there and go live it! Do not be frightened that you have realized the truth. Revel in its discovery and seize the opportunity presented before you to live the life that you can look back on and smile.

It’s a terrifying but also empowering thought in being almost certain that you are right when the majority of humanity is wrong. Welcome to the 12% of humanity who are atheists. You may ask how could I be right when so many think otherwise. I’m going to let you in on something, the majority of humanity is wrong about a lot of things. The way the majority of Americans treat their bodies and mind is atrocious. Do you really hold the opinion of someone who pollutes their body and mind with poisonous fast food and daytime television that highly? That’s most of America folks. While it may not be ‘wrong’, it could certainly be better and what better way to spend one’s life than striving for better. That ‘better’ in life can only be found by you taking the time and effort to find the answer for yourself. No one can tell you the life you should lead better than yourself. You must find your own truth. It won’t present itself instantly either. Sometimes, the wisdom and truth you seek won’t present itself for decades. But be patient, be a sponge, and rinse yourself of the undesirables often.

If you are going to find the truth you search for in your life, you must detach yourself from the situation and to view it as a scientist would. You must be viciously diligent to remove your ego, and your interests in the situation and to keep your desire to discover the truth closest to your heart. Discovering the truth is why, I believe in science.